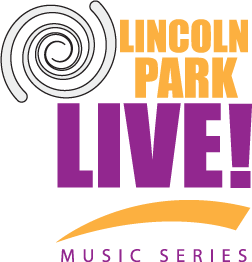 The Mary Lou and Arthur F. Mahone Fund, a component of the Kenosha Community Foundation, with support of Lincoln Neighborhood residents, community organizations and the City of Kenosha, are pleased to announce its upcoming concert series ‘Lincoln Park Live.’ This program of five free concerts, set for dates throughout July, August and September, is hosted in Kenosha’s historic Lincoln Park located west of 22nd Avenue at 70th Street.

Two decades ago, ‘Lincoln Park Live’ launched a showcase musical event in Kenosha’s largest park with great success. Now, in its second season of re-creation, it is set to return with a strong selection of jazz, gospel and rhythm/blues concerts in the park’s flower gardens just behind the Bruno Oribiletti Center. The concert series is organized by neighborhood leaders and residents as a way to re-engage the neighborhood — and the city — with the park and neighborhood, providing free and easy access to the highest quality live music, food and entertainment available in Kenosha this summer.

Parking is allowed on the north side of Martin Luther King Drive. Refreshments, including beer and wine, will , will be available for purchase at concerts. Learn more at https://lincolnpark.live/

“My wife, Julie, and I have been coming to Lincoln Park Live! since day one – I don’t think we’ve ever missed a concert – We love it!

It’s always a great night. Lincoln Park is an incredible setting; just beautiful. There’s great food, cold beverages and so many friends to visit with. And of course, FANTASTIC music. Every concert is a different genre. I can’t praise it enough. Fun! Fun! Fun!”

Thank You for Attending!

Thank You for Your Continued Support!